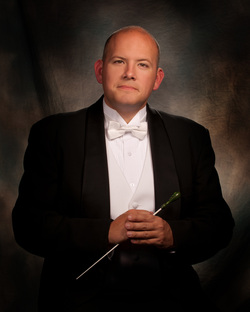 Aaron Orkisz
Mr. Orkisz has been the Director of Bands at Goodrich High School since 2002. As the director, his teaching responsibilities include the Marching Band, Pit Orchestra, Percussion Ensemble, Wind Ensemble, Chamber Winds Choir and the 5th grade beginning band.

Mr. Orkisz attended Michigan State University where he received his degree in Instrumental Music Education. While a student at MSU, Mr. Orkisz was part of the 300+ member Michigan State Marching Band. He was also a member of the Spartan Brass, which is the universities pep band that performs at the volleyball, basketball, and hockey games. As a music major, Mr. Orkisz was a member of a number of the ensembles in the school of music.

During the summers of his undergraduate education, Mr. Orkisz performed with the Phantom Regiment Drum and Bugle Corps from Rockford, Illinois. He spent 3 years with this ensemble, receiving instruction from a number of top instructors from across the country; including Pete Bond, assistant principal trumpet of the Metropolitan Opera.

Mr. Orkisz attended The University of Michigan where he received his Master of Music in Music Education in 2006. Mr. Orkisz also completed his Masters of Public Administration in Education during the Summer of 2014. 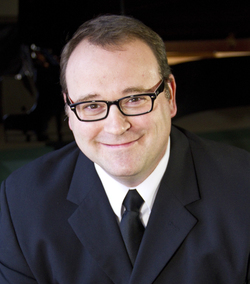 Christopher Hall
Mr. Hall is the conductor of the Goodrich Middle School Bands since 2003. The middle school bands are comprised of the 6th, 7th, and 8th grade bands.

Outside of school, Mr. Hall has played in The Genesee Wind Symphony for 8 years, and plays in the Faith Lutheran Brass Quintet.

Mr. Hall is the Conductor of The Flint Youth Wind Ensemble (since the fall of 2012). This ensemble is organized through the Flint Institute of Music.